iVOOMi Energy, a Maharashtra-based electric two-wheeler company, has announced plans to invest Rs 200 crore in establishing a new production facility in Pune and also generating over 2000 jobs while expanding its R&D. The new facility will be a fully integrated electric two-wheeler unit which is anticipated to be functional from March 2023.

Ashwin Bhandari, CEO and co-founder of iVOOMi, said, "We feel there is a large scope for development and innovation to be made in the space and iVOOMi Energy is continuously striving to set a benchmark in the industry."

He further added, “We will focus on R&D and business expansion to make a significant development by the end of this financial year.

The company already runs an R&D facility in Pune and can produce 500 electric scooters a day at its factories in Noida, Pune, and Ahmednagar.

In addition, the company also wants to roll out cutting-edge battery modules, swappable batteries, and core battery technologies to further boost the battery performance. The company is also focused on expanding its internal design and production capacities for the batteries.

General Motors, unveiled the Chevrolet Blazer on July 18, a new electric vehicle that is anticipated to compete in the same segment as Mustang Mach-E and Tesla Model Y crossover 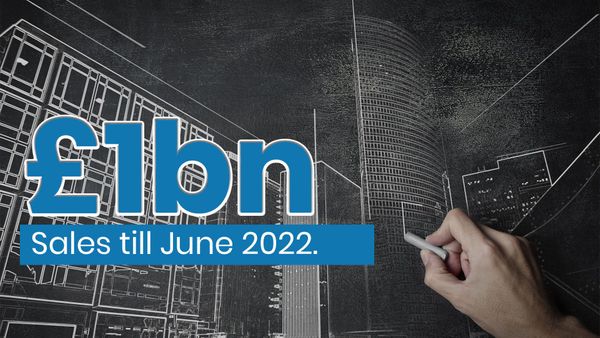 Founded in 2009, UK based proptech company, iamproperty, specialised in tech enabled software platforms and multiple services from buying to selling and end-to-end moving has crossed a billion pounds in