On 26 May, Ford Motor Co outlined plans to boost spending on its electrification efforts and announced that the company aims to have 40% of its global vehicle volume to be fully electric by 2030, a move to step up its push on EVs, with shares rising 6.5 percent to a nearly five-year high after the announcement.

As per the plan named “Ford +” which aims to get investors to appreciate it more like a technology company, the USA’s second-largest automaker declared that it now expects to spend more than $30 billion on electrification, including battery development, by 2030 compared to its previous target of $22 billion. It has launched Ford-150, the world’s most popular pickup truck based on the latest generation of the standard pickup truck with subtle changes like a different nose, LED light bars on the front and back, slightly redesigned bumper and running boards. The truck will be able to travel up to 300 miles per battery charge.

Ford Chief Executive, Jim Farley mentioned in an announcement at the company's Capital markets day meeting online that, “our aim is to lead the electrical revolution since Henry Ford started scaling the Model T, which is the greatest opportunity for growth and value creation”.

Besides other global automakers, Ford is competing to switch their gasoline-powered configurations to all-electric power under pressure from areas like Europe and China to reduce vehicle emissions. Ford forecasts its 2030  sales target equivalent to more than 1.5 million EVs based on last year’s sales. By comparison, competing General Motors Co. has targeted annual sales of more than one million electric cars in the United States and China by 2025. Ford previously said its European lineup will be all-electric by 2030.

At the company's Capital markets day meeting online, Ford also announced it expects to have 1 million vehicles capable of receiving radio software updates on the road by the end of the year, scaling to 33 million by 2028.

US President Joe Biden recently drove the Ford F-150 Lightning electric pickup truck at a company’s track in Michigan and praised its rapid acceleration. In conversation with a company official, Biden said that the new truck, dubbed the “Lightning,” accelerates from 0 to 60 miles per hour in 4.3 or 4.4 seconds. Biden visited the company’s electric vehicle center to promote his infrastructure plan, which would put billions of dollars into U.S. electric car development.

Ford is planning to launch no less than 9 all-electric vehicles and car-based SUVs and no less than three electrical vehicles vans and bigger SUVs, together with second-generation editions of the Ford F-150 Lightning and Mach-E at mid-decade.

In addition to electrification, the Ford+ roadmap also focuses on connectivity, commercial vehicles and autonomous driving. This year Ford has gained significant momentum on its plans and is committed to leading the electric vehicle revolution as an increase in spending reflects new investments in better technology and production.

One of the roadblocks to widespread electric vehicles adoption is the requirement of the charging infrastructure that will enable recharging the EV batteries in the shortest time. Ample, a seven-year 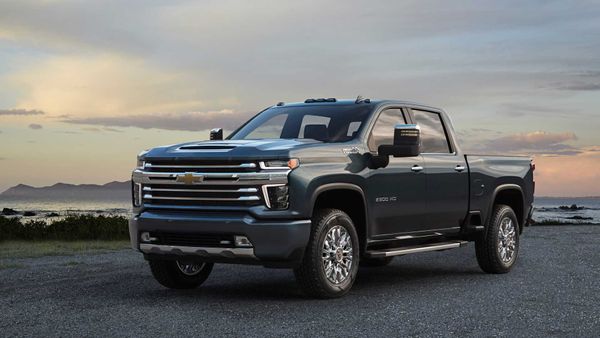 General Motors has invested billions in its Ultium EV platform and is gearing up to build more electric pickup trucks, beginning with a battery-powered version of the popular Chevy Silverado.