Rare earth elements (REE) are critical and strategic metals used for several commercial purposes. Also known as the lanthanides, the rare earth elements (REE) are a set of seventeen metallic elements from scandium (Sc, atomic number 21), yttrium (Y, atomic number 39), and the 15 additional elements numbered 57 to 71 on the periodic chart.  The importance of REE has increased greatly in the recent decade as REE’s are a group of chemically coherent elements that are useful to a wide range of modern high technology applications. Labelled as "vitamins of modern society", REEs are used broadly in satellites, lasers, cameras, telescope lenses, pacemakers and magnetic resonance imaging (MRI) scanning systems etc. As a key component in optics and rechargeable batteries, the rare earths play a fundamental role in hybrid motor vehicles also.

The African continent has lately emerged as a viable source of rare earth minerals. Many corporations and countries in the continent have started to explore Africa to search for a higher supply of rare earth elements. Distinctively, many African countries are being identified to have large deposits of high-grade rare earth minerals, providing new economic opportunities for the African and the global mining industry. As reported by the geologists, Africa has more than half of the world's deposits of carbonatites, a type of rock formation seen as a prime hunting ground for rare earths. Carbonatite deposits are found in many African countries including South Africa, Namibia, Malawi, Tanzania, Madagascar, Kenya, Zambia and many others.

Below are some of the large rare earth exploration projects in Africa.

Approximately 75 km north of Blantyre, the Kangankunde carbonatite complex is situated south of Lake Malawi. Kangankunde represents the most REE-enriched intrusion, having a central core of carbonate-rich rocks surrounded by a rim of carbonatite agglomerate and feldspathic breccia, Kangankunde is oval in shape with 900 x 750 m size.  Monazite is one of the most important REE minerals abundantly present in the Kangankunde carbonatite. It is an important ore for thorium, lanthanum, and cerium which are used in cameras and telescope lenses. Lanthanum and cerium play a  crucial role in the chemical reactions in the catalytic converter of cars, enabling them to run at high temperatures. These are also widely used in the process of refining crude oil.

Located in the Muchinga Province of north-eastern Zambia, the Nkombwa Hill carbonatite complex lies within the Luangwa valley rift segment of the western arm of the East African Rift system. Nkombwa is one of a group of Precambrian carbonatites and is approximately 1.5 x 1.0 km in size and underlies a steep-sided hill rising 300m off the flat plains of the Luangwa valley floor. The major REE-bearing minerals at Nkombwa Hill belong to the light REE group and are bastnäsite, monazite and pyrochlore.  REE's reported from the carbonatite by Roan Selection Trust, Leeds University and others include Cerium, Lanthanum, Neodymium,  Praseodymium and Gadolinium. These are used to create powerful permanent magnets that are used in computers, cell phones, medical equipment, motors, wind turbines and audio systems.

Started in 2009, The Wigu Hill rare-earth element project is a light REE deposit consisting of a large carbonite complex, with bastnaesite mineralisation which is a fluoro-carbonate of cerium containing 60–70% rare earth oxides (REO) including lanthanum and neodymium and is a globally significant rare earth element discovery made by Montero in Tanzania. Neodymium is used in the electricity generators of commercial wind turbines and electric motors of hybrid electric automobiles. Wigu Hill is a 719 m high mountain in the Morogoro District of Tanzania and consists of a series of sheeted intrusions of carbonatite and breccia into basement gneisses over an area of over 5,000 m (east-west) by 1,500 m.

From quantum computing to medical applications and advances in green technology, rare earth elements are likely to remain an important part of our future. In order to meet future demand, rare earth exploration companies are expanding their geographical reach in Africa as new economically viable deposits are being uncovered frequently. This has given Africa huge investor attention from big mining giants across the globe, leading to a boom in the African mining sector and the economic growth of the continent.

To provide the dedicated opportunities to network with various stakeholders of the mining industry, Africa Mining Convention provides an apt platform to discuss and explore lucrative investment opportunities in the African mining market and is a must-attend mining event that truly serves the mining industry. AFMIC is the continent’s leading upcoming mining exhibition and conference that expects to host 1000+ attendees and 200+ companies from across the globe for three days of seamless networking, strategic discussions to collaborate towards the development and growth of the African mining sector. 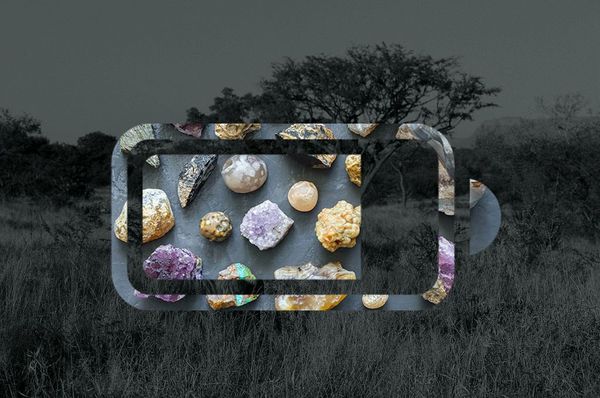 Approximately 30% of the world’s mineral reserves lie in Africa, many of which are mined as raw materials for batteries. Battery raw materials are a collection of minerals that

GIPEX is the largest, most established and comprehensive Oil & Gas event in the Caribbean region. GIPEX brings together the entire Oil & Gas value chain including international oil companies,