Giving the shift to cleaner forms of energy a new impetus, the global alliance for net-zero emissions is growing with more than 130 countries now setting or considering a target of reducing emissions to net-zero by mid-century. While net-zero is a crucial longer-term aim, abrupt emissions cuts especially by the largest greenhouse-gas emitters i.e United States of America, China and the European Union are important in the next 5 to 10 years in order to restrict global warming to no more than 1.5 °C and safeguard an inhabitable climate.

The only two countries that have already achieved carbon neutrality and are actually carbon negative (eliminating more carbon than they release) are Bhutan and Suriname. With 2030 as the target year Uruguay will achieve its target at the earliest and join the feat, followed by Europe’s Finland, Austria, Iceland, Germany, and Sweden, which are all targeting 2045 or earlier.

Over 90%, i.e 124 of the 138 countries, fixed a target of 2050 for attaining carbon neutrality mainly due to membership in the Carbon Neutrality Coalition, which requires member states to target the year 2050 for their intent but leaves responsibility up to them.

Only five countries have a net-zero target set for after 2050, including Australia and Singapore, which haven’t decided on a fixed target yet. In addition to Ukraine and Kazakhstan, China, the world’s largest emitter, is also targeting the year 2060. The country’s recent oath is important since China accounts for an estimated 25% of global emissions. In fact, 73% of global emissions are currently blanketed by net-zero targets, according to the Climate Action Tracker.
India became the 138th country to set a net-zero target, announcing its national target of 2070 with its green energy sector set to get a boost from the country's target of achieving carbon neutrality by 2070. Prime Minister Narendra Modi, while addressing the 2021 United Nations Climate Change Conference (COP26), the two-week conference being held in Glasgow, Scotland, said“ 2070 as the target year to complete India's net-zero emissions target”.

While many nations have been rapidly adopting electric vehicles as it has been a crucial step in the world’s route to a net-zero future. Electric Vehicles are much more adaptable to renewable energy sources. EVs have zero emissions at the vehicle tailpipe and much lower life-cycle (“well to wheel”) emissions. Subsequently, businesses, governments, and non-governmental organizations are shifting to electric vehicles in order to dramatically decrease oil use, reduce carbon pollution, eradicate local air pollution, and drive economic development. Long-term plan circumstances indicate that the global vehicle fleet will have to be almost completely made up of electric vehicles, powered mostly by renewable sources, by 2050 if the world is to avoid worst-case global climate-change situations.

Tesla's Supercharger network has now reached over 30,000 fast-chargers around the world. The new milestone was achieved a few days after Tesla started testing broad access to these Superchargers. 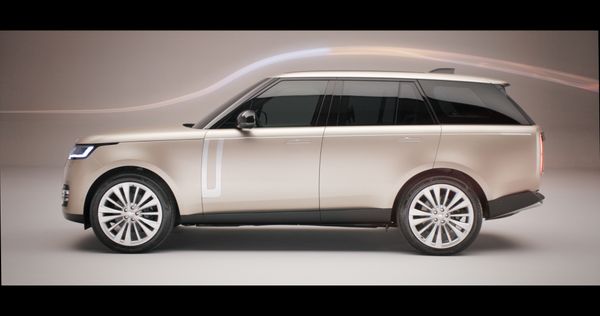 Land Rover finally unveiled the fifth-generation New Range Rover on 26th of October at the Royal Opera House in London. The Brand has also confirmed that a fully electric Range