In an official video released by the company, CEO Stephan Winkelmann announced the brand’s plan to bring electric assistance to every single of the brand’s models by 2024 and put its first ever EV on the road before 2025.

The Highlights of the three phase Lamborghini’s roadmap:

The first phase planned between 2021-22 celebrates the transition of the combustion engine and extending hybrid power to the full Lamborghini line-up by 2024. This phase will be characterized by the development of combustion engines for versions that pay homage to the brand’s glorious history and iconic products past and present, but always under the impetus of the visionary spirit that distinguishes Lamborghini. The company will unveil its two new cars in the V12 model engine line-up to meet EU7 emissions standards.

The next step in the company’s plan is to completely revamp the range by electrifying it. The brand has confirmed that its first hybrid series production car will arrive in 2023, only the company’s second ever electrically assisted model after the limited-run Sian. By the end of 2024, the entire range will be electrified by developing new technologies, and the application of lightweight carbon fibre materials will be crucial in compensating for weight due to electrification.

In addition to launching the hybrid model, the company has set an internal target to reduce product CO2 emissions by 50% by the beginning of 2025. With an unprecedented investment of more than 1.5 billion euros allocated over four years, the largest in Lamborghini’s history.

Plans for the second half  (3rd Phase)

In the second part of the decade, the company will focus on full-electric vehicle propulsion, with the first full-electric car to arrive in 2025.

The best part of the announcement is that Lamborghini is working on a fourth model line, an all-electric EV which will be introduced during the second half of the decade. The new fourth model line has a longer profile than the other car silhouettes, with a bluffer rear end and a small lip on the tailgate expecting a range of at least 350 miles and a sub-three-second 0-60 mph time. The new fourth model could be an all-electric four-door model similar to Porsche's Taycan or Audi's e-Tron GT but this should be taken only as a part of the bigger picture; we'll have to wait for more information in future. It will be exciting to see the brand kickstarting its green journey with all eyes on the first hybrid Lamborghini, the Sian. 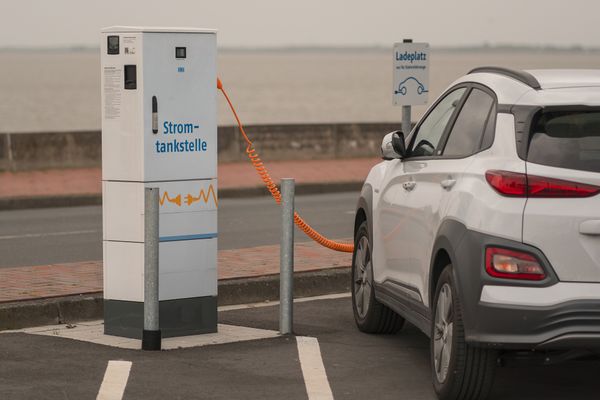 As the global auto industry is seeing exponential growth in the electric and hybrid vehicles segment, a new research by BloombergNEF outlines that EVs will be cheaper to produce than conventional gasoline vehicles across Europe within the next six years.