With the dawn of electromobility and rapid increase in the uptake of electric vehicles, lithium-ion batteries are playing an ever-important role in this paradigm shift. As per a report published by Bloomberg, the global demand for lithium-ion batteries increased from 0.5GWh in 2010 to 526GWh in 2020. The market value of the battery sector is expected to grow from USD 36.7 bn  in 2019 to USD 129.3 bn by 2027. Currently, the EV battery market is dominated by three Asian countries - China, Japan and Korea. After years of ceding the electric vehicle battery business to foreign companies, the European Union has picked up the pace in an attempt to play catch-up and is on course to become the world’s second-largest lithium-ion battery producer by 2025.

As of June 2021, 38 battery cell gigafactories are either constructed or planned across Europe at an estimated cost of USD 48 billion (40 billion euros) with a combined annual output of 1,000 gigawatt hours (GWh), according to the latest report by the green lobby group Transport & Environment. Of the 38 projects in the pipeline, 17 have secured funding so far, representing approximately USD 30 billion of total investment. 10 other projects, representing USD 18 billion, have secured partial financing, and 11 more gigafactories have recently been announced, but have not confirmed financing.

In January, the European Commission launched a R&D programme backed by USD 3.42 billion to develop a new generation of batteries that are less dependent on the technology dominated by Asain companies. The EU is also working on standards for obtaining raw materials for production and recycling used batteries. The commission estimates that these factories could employ 800,000 people but they would need to be trained quickly. Transport & Environment also reported that by 2035, the battery electric vehicles could account for all new sales of vehicles in the 27 EU nations, if government officials introduce stricter CO2 emission targets and strong support for charging infrastructure.

The European automotive industry is establishing vast infrastructure including battery factories and charging networks to sustain the growing EV market. Several companies including Verkor, Britishvolt, Italvolt, Freyr, etc. are planning to build EV battery plants across Europe under public/private partnerships. Swedish startup Northvolt expects to reach annual production of 150 GWh in Europe by 2030, with one plant under construction now and two much bigger ones on the drawing board.

Stellantis, a multinational automotive manufacturing company which owns brands such as Fiat, Alfa Romeo, Citroen, Dodge, etc. is working on two of its own battery plants, while electric pioneer Tesla is planning to build its future gigafactory, one of the biggest in the world with 250 GWh of capacity, near Berlin by 2030. European governments are supporting the projects in order to establish the continent as the major automobile and battery manufacturer in the future..

Ford, Nissan Motor Co Ltd, LG Corp, Samsung and start-ups Britishvolt and InoBat Auto are in talks with the British government officials for building gigafactories to produce electric vehicle batteries. Nissan, a Japanese automobile manufacturer, has announced plans to build a new electric vehicle and the UK's first car-battery 'gigafactory' at Sunderland in northeast England. Envision AESC, Nissan's Chinese battery supplier will invest approximately USD 530 million to build the battery plant that will be run on renewable energy and power up to 100,000 Nissan electric vehicles per year. The project represents around 6200 jobs at the site and across its supply chain, with 900 new roles created at Nissan and 750 at Envision. The gigafactory is hailed as the key to the UK's transition away from fossil fuel vehicles.

The battery market represents an untapped potential opportunity for European battery makers as well as for the European economy in general. On the road to carbon-neutral mobility, the wave of investments in battery cell manufacturing projects and establishment of gigafactories is an opportunity for the EU to demonstrate the high potential of Europe’s green industrial policy, jobs and strategic autonomy. 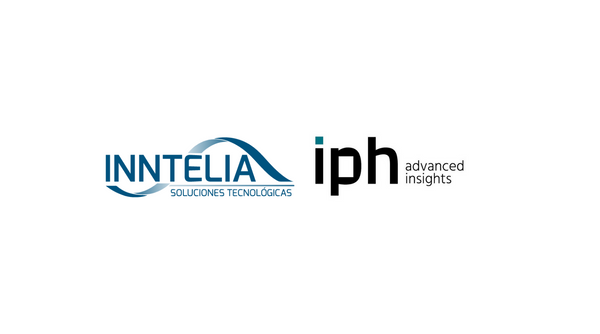 The success of a mining company in the era of industry 4.0 is to develop its activity in a modern, innovative and technologically advanced way, with the safety of

Rimac Automobili, a hypercar manufacturer and high-performance battery specialist from Croatia, introduced the Rimac C-Two concept at the International Geneva Motor Show in 2018. The production-ready iteration of the hypercar